The Nike running app – now called Nike+ Run Club – has gone through several transformations since I started using it, but its core remains more or less the same: it uses GPS to track your run, keep pace, and provide statistics. Achievements came and went and came back again. Social networking features were added. But NRC’s best feature – why I stay committed to this one app – is its coaching programs.

My running ability comes in ebbs and flows. For example, after finishing a particularly grueling training last month, I arrived in Hawaii physically depleted and unadjusted to the climate. I come back to NRC’s running programs time and time again because I know it will get me back to where I want to be with running. This time, specifically, I made a six-week program with the intention of preparing for the PRT. (Spoiler: I got a 12:30 – not my best time, but one that I am deeply proud of, given the circumstances.)

There’s nothing special about me. NRC spits out a program and I do it to the best of my ability. It always, always pays off.

Here is how to make a running program on NRC, and what you might expect from it.

Selecting the “My Coach” tab, you can choose between different program styles. Previously, I entered the date of my PRT as a “race day.” This time, I selected the four week plan, which works out well with next month’s deployment looming large.

After you select your plan, the app will prompt you for some information about yourself: how often you want to run, how much you run right now, what you might consider a “long” run, an example of a previous race you ran (time and distance), and your height and weight. Don’t panic! There is an “I don’t know” option, if you need it. Just be honest. The program changes as you go along.

Here is my first week of training, based on the information I provided. Individual runs can be moved around throughout the week. Sunday, for example, was scheduled as a rest day here (not shown), but as I write this on a Monday, it is pouring rain outside, so I think I will rest today instead!

There are a few different types of runs you can expect throughout your running program:

For each run, except for the benchmark, the program suggests a pace. Though we all have slow, lethargic days, rarely do I find these suggestions to be unrealistic or unattainable. Your running program will calibrate the paces (and even the runs themselves) based on the results of the benchmark runs, which I think is a pretty cool feature.

Nike Training Club is a separate app with guided calisthenics and other fitness routines. I was hugely skeptical about putting another Nike app on my phone, but I eventually gave in to get those good green checkmarks. It was worth it. The workouts are surprisingly challenging and useful for improving running.

I tried to take a photo after each of my runs during my previous program. Here they are, from the day I arrived in Hawaii, until last Sunday. Very few of the runs were great or noteworthy, but what was important was that I showed up and did my best. NRC reminds you of that every time you run. 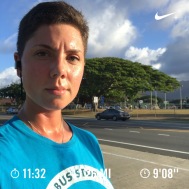 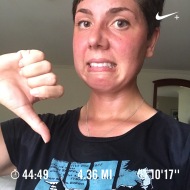 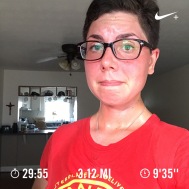 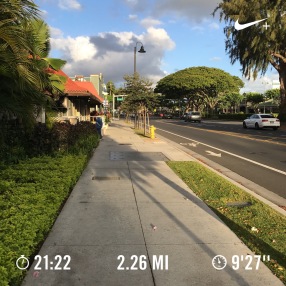 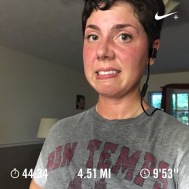 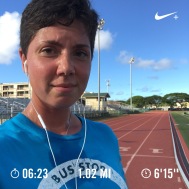 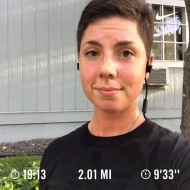 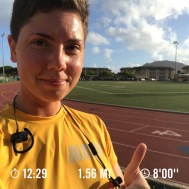 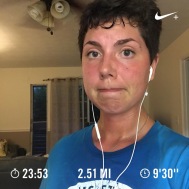 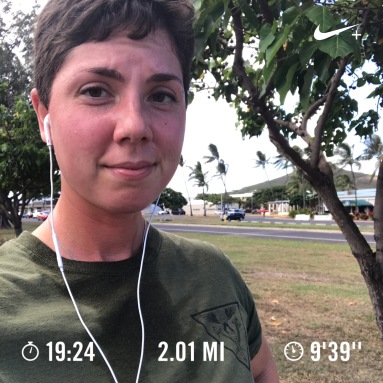 I hope this encourages you to give the Nike+ Running Club app a try. It helps me a lot and it might be helpful to you, too, no matter what your goals are. If I forgot something or you have a question, please feel free to ask! I’ve been using this app for almost five years and I think I have a grasp of its ins and outs.